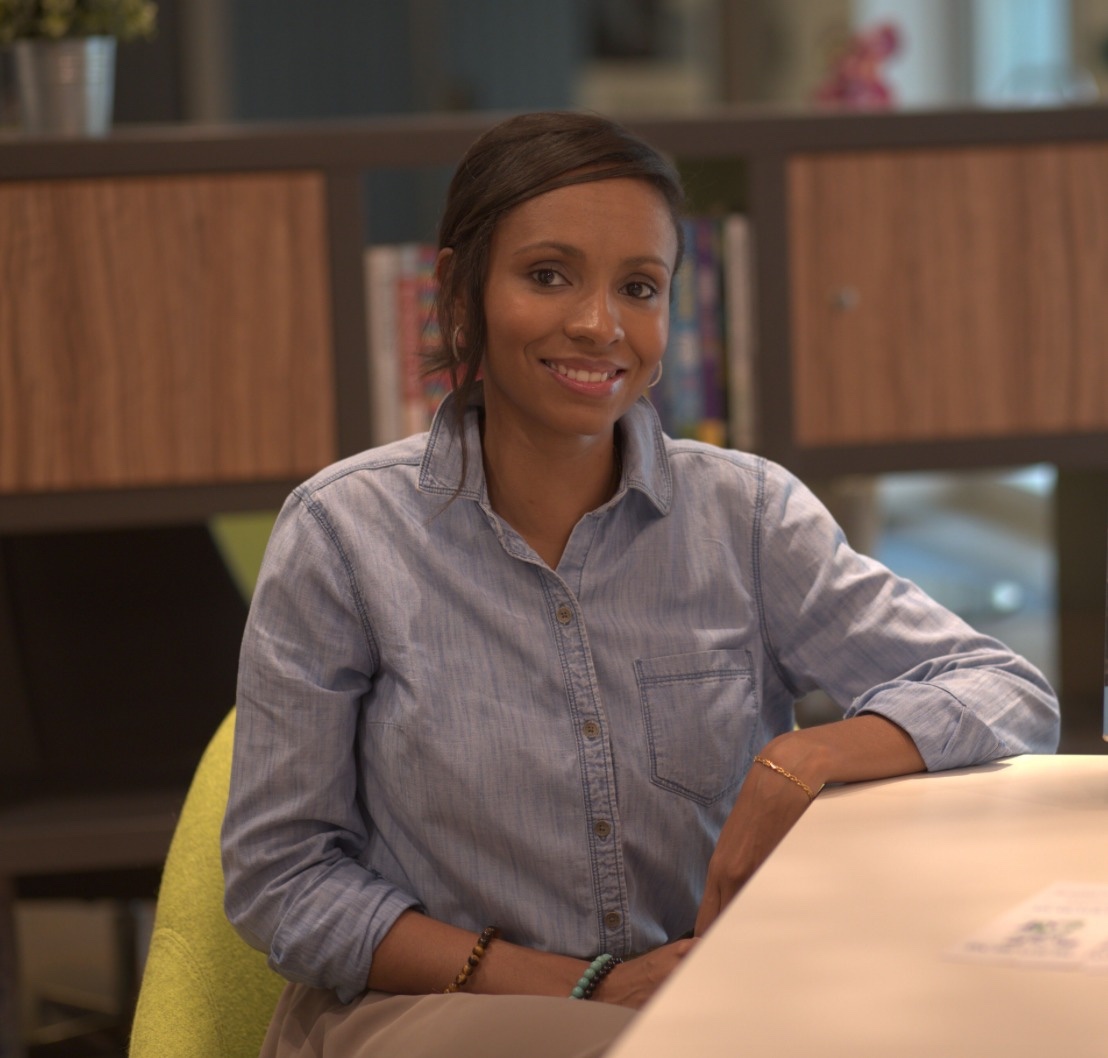 Mother of 2 children, speech therapist and designer of the games and the Noorosciences programme, I have seen in my career how passionate people who want to teach Arabic lack practical, attractive and fun resources.

The Noorosciences concept helps fill this need. Literally, "noor" means "light" in Arabic. The aim of this programme is to enhance the value of the Arabic language and make it accessible in the light of neuroscience. Whether in the family with its children or in class with its students, the Noorosciences program and games use many of the same efficient cognitive strategies used in speech and language therapy. 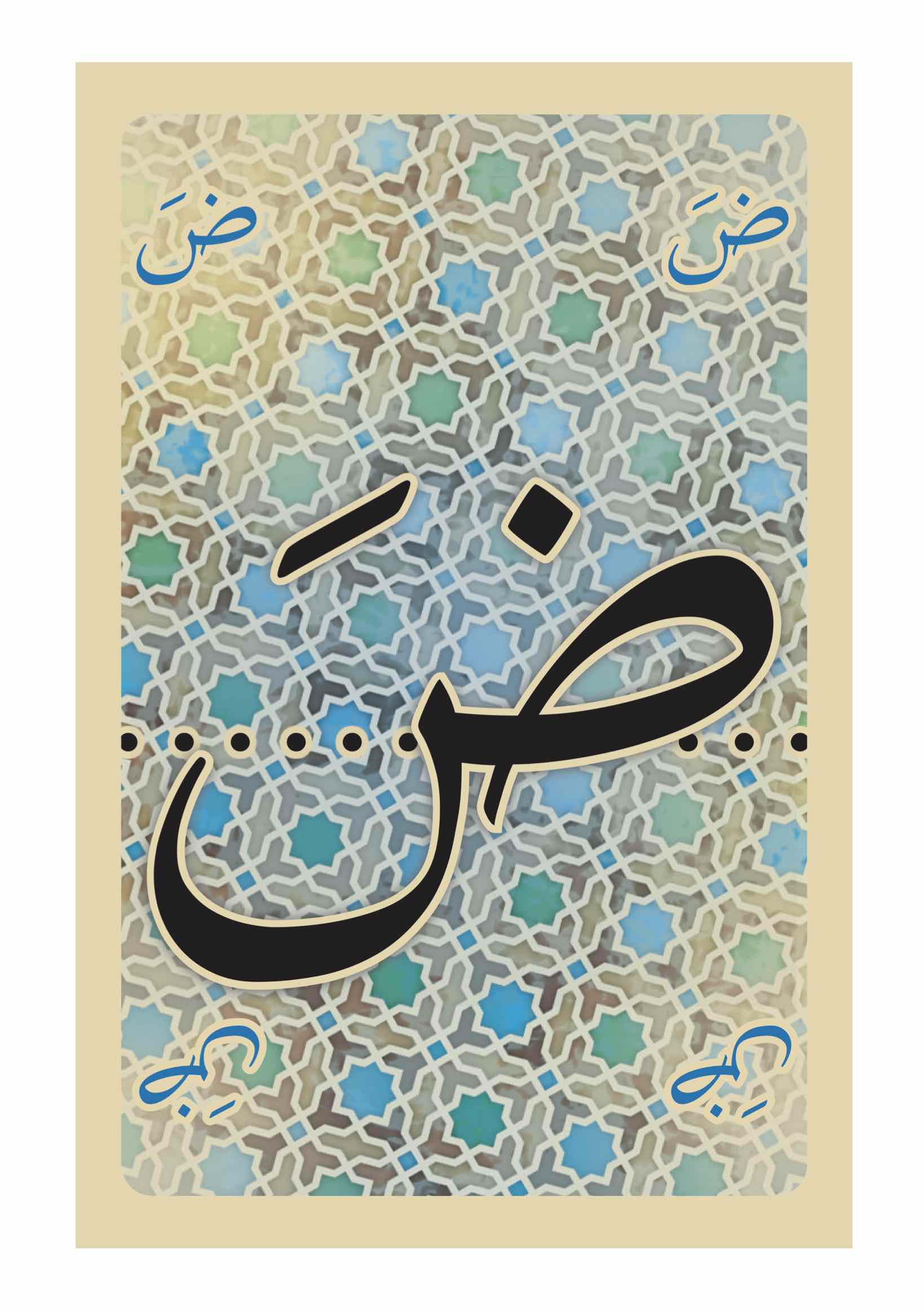 My history with the Arabic language...

My parents were very keen to pass on the Arabic language to their children. We spoke Moroccan dialectal Arabic on a daily basis, and through daily readings of books, stories, charades, riddles, poems and memorization of verses from the Koran, my parents also taught us classical Arabic. And this is what we wanted to do with my husband when we had our children.

My professional experience related to the transmission of Arabic .…

Speech therapist since 2007, I have practiced in Switzerland for several years and I have sometimes been asked by people for rehabilitation in Arabic language. When I became a mother, I took a career break and wanted to pass on Arabic to my two children. I then became aware of the huge task my parents had accomplished. Far away from my family and married to a Franco-Italian, I knew that the biggest part of the transmission would come from me. It was while searching for Arabic materials first for my patients and later for my children that I realized how difficult it was to find materials and children's books in that language. So I started designing some games to make the Arabic activities attractive. 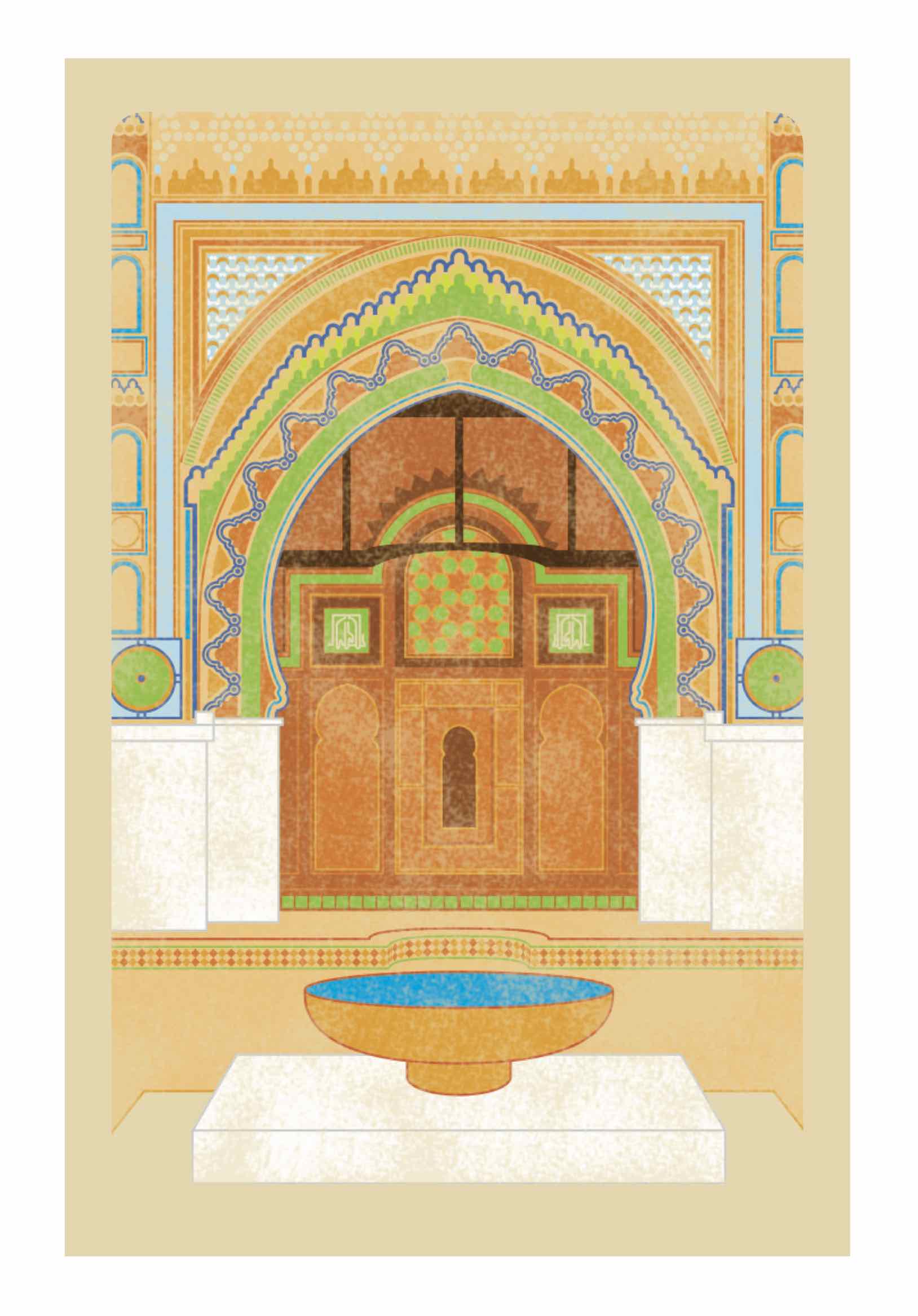 In 2016, the Swiss company where my husband works offered us a family expatriation to Qatar. I took this opportunity to improve my Arabic language skills at the University of Qatar. During a very intensive year with students from all over the world (more than 30 nationalities!) who were preparing to become journalists, translators or experts in international relations, I discovered how much the Arabic language was loved by many people in the world, including non-Muslims.

On the other hand, I also found that in some families, the Arabic language was neglected in favour of other languages (mostly English or French). I tried to understand the reasons for this abandonment by talking directly with parents and teachers. The arguments that often came up were lack of time, fear of cognitive overload, forgetfulness, discouragement, lack of educational material... The observation of this phenomenon of abandonment is irrefutable: some children of Arab origin cannot express themselves in Arabic even though they have always lived in the Arab world.

I also met other parents in Europe who had a good knowledge of Arabic, who loved the language but did not know how to pass it on to their children in an effective way.

The Noorosciences programme is designed for all those who are looking for techniques and materials that are in line with their knowledge of neurolinguistics and language development. 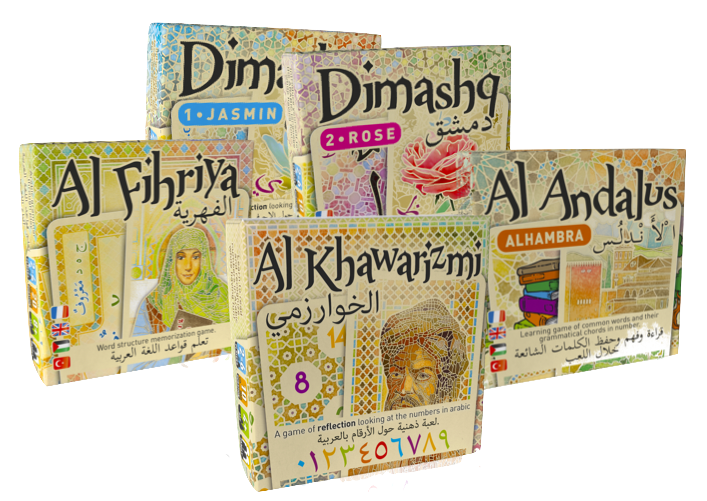 At the linguistic level, the contents of the games have been carefully selected. The domains stimulated are diverse: phonological awareness, letter reading, active and passive vocabulary improvement, knowledge of numbers, grammar rules…

At the cultural and artistic level, I wanted to make sure that through these games, players discover a part of the Arab-Muslim culture: personality of the scientific world, cities, monuments, elements of botanic or scientific.

I partnered with Mr. Pascal Boucher for the illustration  of my games. He is a passionate professional with many years of experience. He accepted the challenge of illustrating these games in Arabic, a language. He took the time to immerse himself in the history of the characters, cities, monuments, botanical or scientific elements that he had to illustrate with passion and great intellectual curiosity. A very beautiful artistic result came out of this collaboration and we are delighted to show it to you.

At the social level, we hope that these games will contribute to positively promote the Arab-Muslim culture and the Arabic language to non-initiated people. It is pleasing to know that some children will have playful and beautiful games to introduce their culture and mother tongue to their friends and/or classmates. Games that promote social interaction and inter-connections.

SEE OUR CATALOGUE OF GAMES 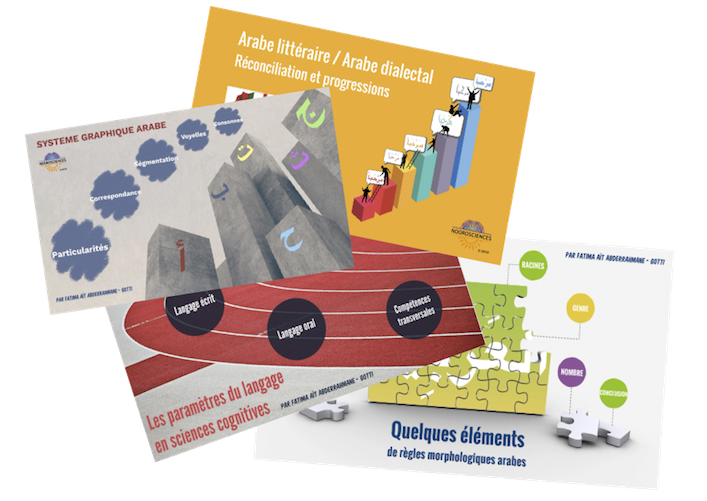 The Noorosciences program is the result of this knowledge and my professional experience. The objective is to bring the learner towards an assimilation of the Arabic language respectful of his cognitive processes.

I invite you to discover, through my video tutorials and online training documents, a wide variety of strategies and supports to harmoniously stimulate all the parameters of the Arabic language:

I would like to insist on the fact that for a complete and functional command of a language, it is necessary to ensure that all channels are stimulated:

Attention, concentration: without them, no learning takes place in the brain.

Explanation of the functions of the Arabic language in the learner's life: the benefits that he or she has to gain from the investment he or she will make in learning (to communicate with his or her family, to understand the culture of his or her origins, to travel and discover the Arab-Muslim culture, to understand religious writings, to settle in an Arabic-speaking country…). If the student is not aware of the "why" of this learning, it is highly likely that his investment will decrease over time.

SEE OUR CATALOGUE OF TRAININGS

Cookies policy
This site uses various cookies which help us to identify the content that interests you the most as well as to identify certain malfunctions.
Learn more.
I'm agree
I'm not agree
X Fermer